DONATE HERE!
(under Find an Artist, scroll down to “Joshua Rosenblum/Pit Stop Players”) 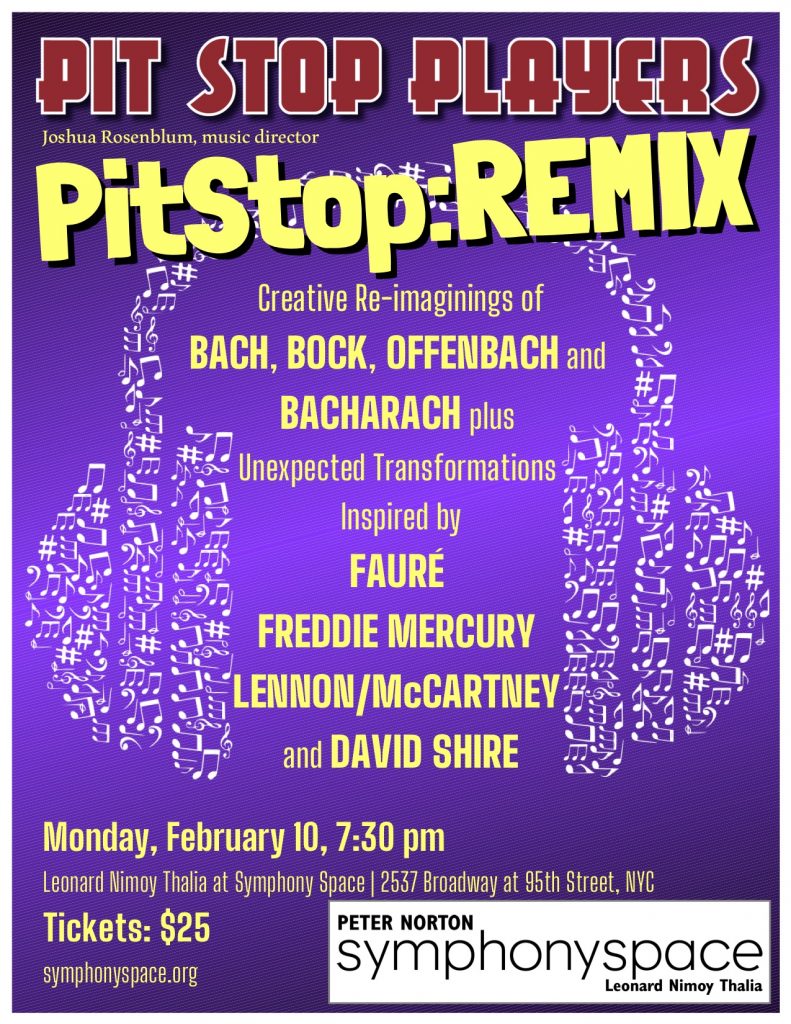 Some of the best musicians in New York City can be found in Broadway pit orchestras, where they perform on a nightly basis as a crucial part of one of the world’s greatest forms of entertainment. Now, an exciting new chamber ensemble provides the opportunity for Broadway musicians to take center stage for a change, and play a broad range of stimulating and captivating works from all over the musical spectrum.

The Pit Stop Players, a crossover ensemble in the best sense of the word, draws on the best traditions of contemporary, classical, jazz, rock, fusion, and film music, as well as Broadway. Repertoire includes arrangements and transcriptions of great music from the past (encompassing numerous genres), but the primary emphasis is on new compositions that are both challenging and immediately engaging, written and orchestrated specifically for the group by today’s most exciting creative talents. Works that stretch or (even better) shatter the conventional boundaries between genres are especially encouraged.

Led by conductor-composer Joshua Rosenblum, the ensemble is comprised of some of New York’s top free-lance musicians, commonly regarded as the best instrumentalists in the world. With its unique mission, exciting repertoire, and broad appeal, the Pit Stop Players have already taken their place at the cutting edge of New York’s cultural landscape.